What is KVM and How does KVM Work?

A kernel-based virtual machine (KVM) is a virtualization infrastructure built for Linux OS and designed to operate on x86-based processor architecture.

KVM is developed by Red Hat Corporation to provide a virtualization solution and services on the Linux operating system platform. KVM is designed over the primary Linux OS kernel.

KVM is part of Linux. If you’ve got Linux 2.6.20 or newer, you’ve got KVM. KVM was first announced in 2006 and merged into the mainline Linux kernel version a year later. Because KVM is part of existing Linux code, it immediately benefits from every new Linux feature, fix, and advancement without additional engineering.

KVM provides hardware-assisted virtualization for a wide variety of guest operating systems including Linux, BSD, Solaris, Windows, Haiku, ReactOS, Plan 9, AROS Research Operating System and macOS. In addition, Android 2.2, GNU/Hurd (Debian K16), Minix 3.1.2a, Solaris 10 U3 and Darwin 8.0.1, together with other operating systems and some newer versions of these listed, are known to work with certain limitations. 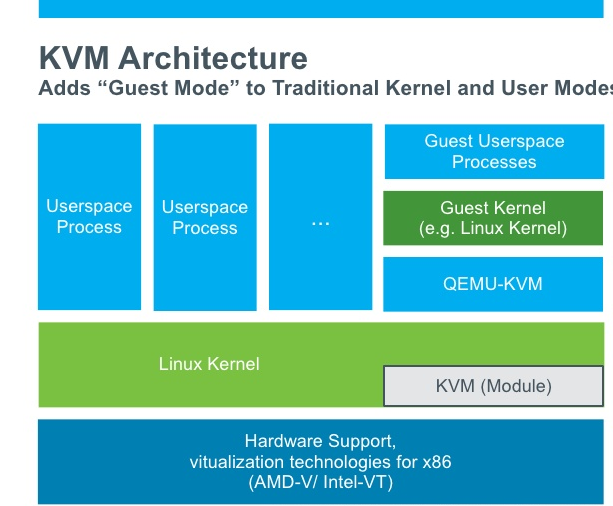 How does KVM work?

KVM converts Linux into a type-1 (bare-metal) hypervisor. All hypervisors need some operating system-level components—such as a memory manager, process scheduler, input/output (I/O) stack, device drivers, security manager, a network stack, and more—to run VMs. KVM has all these components because it’s part of the Linux kernel. Every VM is implemented as a regular Linux process, scheduled by the standard Linux scheduler, with dedicated virtual hardware like a network card, graphics adapter, CPU(s), memory, and disks.

you have to run a version of Linux that was released after 2007 and it needs to be installed on X86 hardware that supports virtualization capabilities. If both of those boxes are checked, then all you have to do is load 2 existing modules (a host kernel module and a processor-specific module), an emulator, and any drivers that will help you run additional systems.

We believe in KVM so much that it’s the sole hypervisor for all of our virtualization products, and we’re continually improving the kernel code with contributions to the KVM community. But since KVM is part of Linux, it’s already included in Red Hat Enterprise Linux—so why would you want Red Hat Virtualization?

Well, Red Hat has 2 versions of KVM. The KVM that ships with Red Hat Enterprise Linux has all of the hypervisor functionality with basic management capabilities, allowing customers to run up to 4 isolated virtual machines on a single host. Red Hat Virtualization contains an advanced version of KVM that enables enterprise management of unlimited guest machines. It’s ideal for use in datacenter virtualization, technical workstations, private clouds, and in development or production. 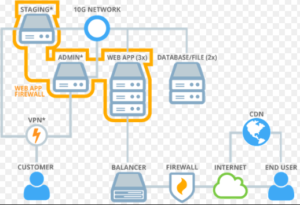