The role of the nofollow tag has changed significantly

One is to add two new properties:

Rel=”sponsored”: This new attribute/tag is used to mark ads, sponsors, or other links that exist for profit.

Rel=”ugc”: This new attribute/tag is used for UGC (user-generated content), such as forum posts, blog comments, and the like.

Rel=”nofollow”: This old attribute/tag is still used for links that do not have any voting, endorsement, and does not pass ranking weights.

In other words, the two newly announced labels are a new special label for advertising and UGC.

The second major change is that it is even more significant: these three tags will be treated as a hint by the Google search algorithm when deciding whether a link should be considered (the word used by Google is a hint), and it is easier to understand the word of the point. A suggestion, not an instruction.

The previous nofollow is basically an instruction, Google will ignore the link added with nofollow, and do not consider this link at all when calculating the weight flow. In the future, Google will only use these three tags as suggestions. Whether the algorithm considers this link, Google will make other decisions based on other factors.

Why do you want to make this change?

Used well, why is there such a sudden change? Google’s statement is to better analyze and use the link signal. The link contains a number of signals that improve the quality of your search, such as anchor text. Google now feels that considering all the links will help Google better understand the unnatural link patterns.

Taking the three labels of the nofollow family as a suggestion will not only make Google lose valuable information, but also retain the mechanism by which the webmaster indicates that the link is not a vote.

Starting today, Google immediately uses the nofollow three tags as suggestions in the search ranking algorithm. Google’s crawling and indexing algorithm began to use the nofollow three tags as recommendations from March 2, 2020. It seems that the nofollow tag has no effect on Google rankings. The webmaster who is doing English SEO in the next few days can pay attention to whether the ranking has changed significantly. And nofollow should have a more obvious impact on crawling, crawling, and indexing. After all, the link weights will change.

In most cases, even if Google’s handling is changed to a suggestion, it won’t change the nature and role of the link, because the link is usually not considered in the algorithm, as before. Google should carefully evaluate how to use the new link data.

At the moment, I feel that SEOs don’t have to make any changes. Observe the situation first, and it probably won’t matter. There is a potential impact on crawling and indexing, but Google is also very cautious. It will definitely collect more data in the months before March 2020, assessing the impact and not causing large fluctuations in search results.

As mentioned before, there is no need to modify the links on your website. But at least for English-language websites, this change in nofollow’s role may have a major impact on the way external links are built.

All along, SEOs’ enthusiasm for nofollow links when building external links is much smaller than that of dofollow links. But even if you add a nofollow link in the future, it may be regarded as a normal, weighted link by Google.  For some people, this may be a good thing.

For example, in a website with high degree of popularity on various social media websites, websites that are recommended in wikis, encyclopedias, and Q&A websites, websites that have long participation in the forum and have many signatures, many nofollow links that were not useful before may be overnight. The room becomes more effective.

Of course, in the end, which nofollow links are treated as ordinary links, we will not know that social media sites and news sites that add nofollow to their links will not know. When doing external chain construction, you don’t have to think about whether there is nofollow, just consider whether it is beneficial to attract users.

Will  Bing follow up? We will wait and see.

13 Sep update: Google employee Gary Illyes, who is in Japan, answered the question and said that Google changed nofollow to a suggestion this time, mainly because Google lost a lot of useful link signals due to the use of nofollow.  Most social media sites, news sites, and now all links to the outside are added nofollow, if you ignore all these links, then there are not many high-quality links can refer to. So now Google will reconsider the role of these NF links, the link signal and the link relationship network are bound to change a lot, may lead to a big change in rankings. The SEO industry will definitely look closely.

In addition, the nofollow of the page meta tag is also considered as a suggestion. There are no ugc or sponsored meta tags. 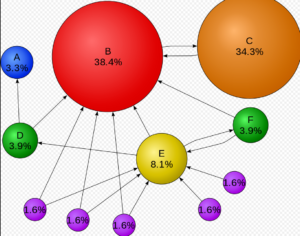 What is SEO and how it works ? What is On-Page SEO and What is Off-page SEO 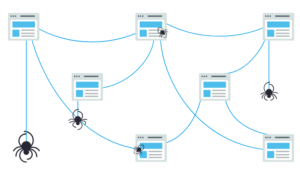 How do search engines work?